Great bands get asked this all the time. "Who are your main influences?"

The band gets to thank the people who helped them, shine a light on some lesser known acts that they like, and look cool by name dropping some small bands that you've "probably never heard of."

It is also useful to the reader. If a band sounds interesting, you can get a good feel for their music based on their influences. If you like the influencers, then this new band might be worth listening to.

With that pattern in mind, I'm going to share with you some games that influenced me as I designed On Tour - coming to Kickstarter on Monday (not so subtle plug).

All these games are well designed and fun in their own right, and all worth playing. I'm not trying to say that On Tour "replaces" any of them. Rather, these are games that have good design elements that shaped my thinking as I considered how I wanted players to feel and tried to address design problems that came up while developing On Tour. 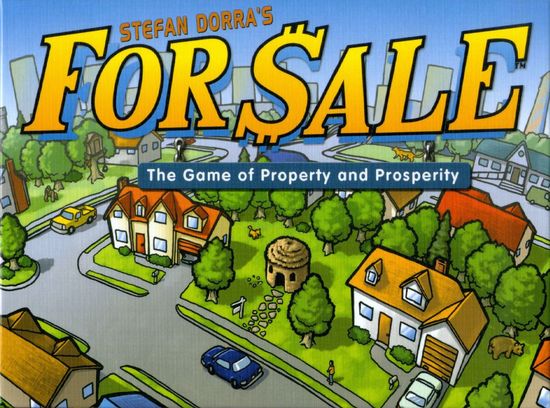 For Sale is a 15 minute auction game. I think it is the first "filler" I played, or at least the first one I liked playing. I kinda hate that term, but I have not found a better alternative.

I like heavy games. I like hard games. I wouldn't call For Sale heavy. But it isn't just a time waster. It "fills" you with something.

So easy to learn. So quick. But yet a real game. Decisions to be made. Even a dash of creativity in how you bid.

Making a short game that was still a little meaty was a major design goal with On Tour. 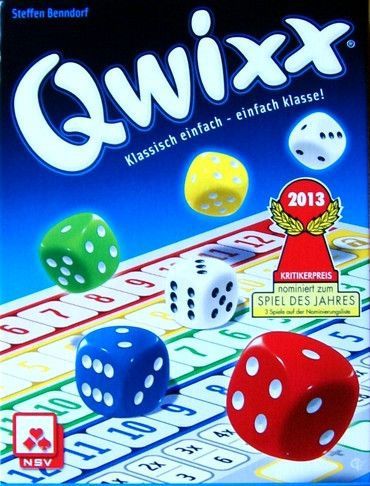 Not the first roll-and-write I played, but the first one I bought. It really leans into the dice, forcing you to make decisions based on the bell-curve of 2d6. But then mudding the odds by letting you choose how you pair the dice, giving you four scoring tracks to work on at the same time, and having a slightly variable game length.

I hope that I have used the d10 in On Tour as cleverly as the d6 are used in Qwixx. 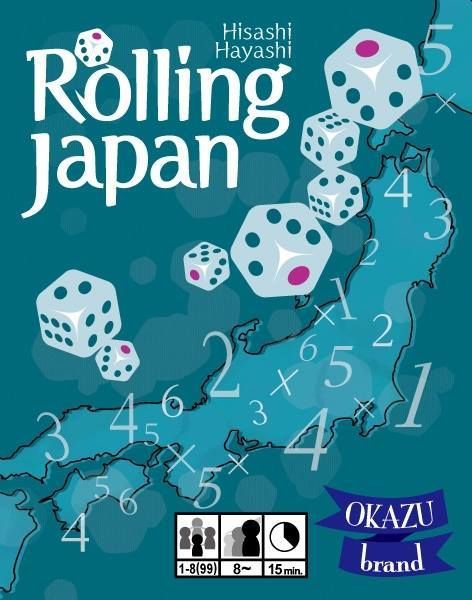 This is the game that playtesters bring up most often when I first explain the rules of On Tour. In practice, they are pretty different when you play them.

Sidebar: I started to explain how they were different in detail from a "design and how it feels to play" point of view, and it got a bit long and boring for an email. However, I am going to be recording a podcast with a new episode every day during the month long Kickstarter. So, I might get in there. Stay tuned.

There is something fun and familiar about looking at the map. That is why I stuck with the map of the US in On Tour, even though it might have been easier to place it in a fictional location where I have control of the geography. 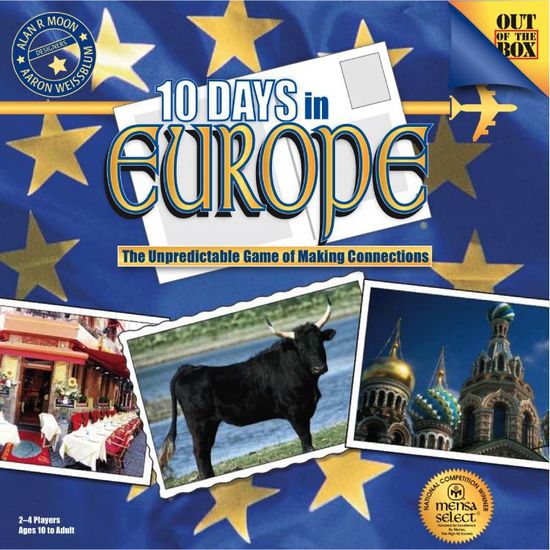 More maps. I have actually only played 10 Days In ... one time. (That is a problem I need to fix.) But I played a ton of Rack-o as a kid. I instantly noticed how 10 Days felt like "Super Rack-o". It literally adds another dimension to Rack-o.

In 10 Days, you have to keep your mind open as you look at the geography. You might plan to leave a country in one direction, but you need to be willing to go out another way and loop back if that option presents itself later. On Tour has a similar fluidness to its route building, which I think is key to both the strategy and fun. 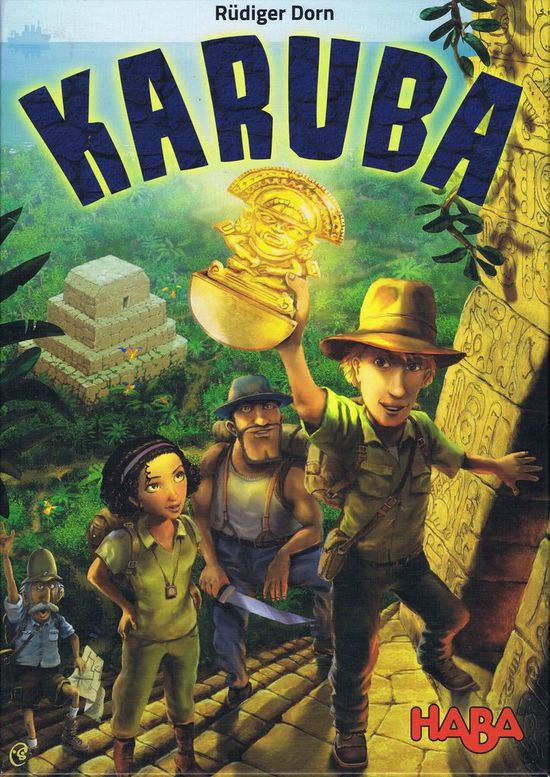 I consider Karuba to be a roll-and-write game, even though you neither roll nor write.

In Karuba, every player gets the exact same board setup and tile draws. There is a certain kind of fairness there. On Tour does the same thing.


In the Year of the Dragon 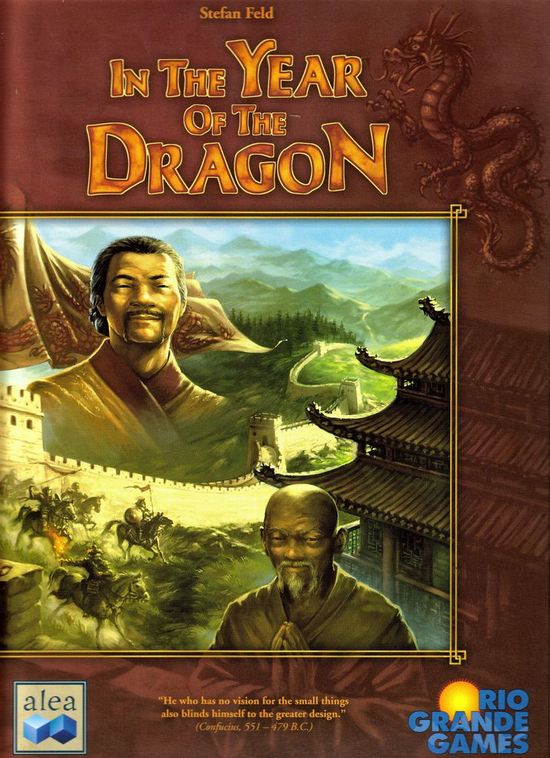 I like mean games, and there are lot of example I could have picked here. On Tour is not a mean game. Not really at all. But it also isn't a game that holds your hand.

One of the most common things playtesters would suggest, especially after their first play, is that they want a token or a text box that lets them cheat once per game. Maybe gives them a reroll, or let them put a number where they otherwise wouldn't be allowed to, or let them erase a number.

I think this was suggested mainly for two reasons:
1. They had just realized a mistake they had made earlier in the game
2. This is a common feature in similar games (like Rolling America), and playtesters sometimes feel the need to suggest something.

I evaluated and tested this suggestion many times, and I am very happy with my decision not to add in such a crutch. I didn't include it because
1. Players are normally able to build good, satisfying, cross-country routes without it.
2. It would add time to the game, and I didn't think it was adding fun or interesting decisions that made up for that time.
3. There are other ways to mitigate the dice rolls and card flips in the game, by using states with multiple adjacencies well.
4. It took away the thrill of making a great connection.

This does mean that sometimes people can have a bad first game if it takes a few turns for it to "click". But it is only a 20 minute game. Many times new players do just fine. And pulling off a great move is just more fun if the game is willing to turn the screws on you just a bit.

In the Year of the Dragon is an example of a game that asks you to rise to its level, and doesn't offer an escape hatch. On Tour has just a hint of that pain. 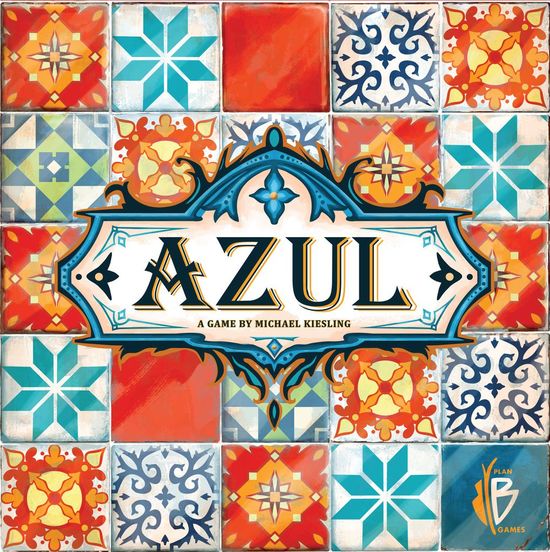 Look. I'm a game play first kinda guy. I play ugly Winsome games all the time. But those tiles in Azul...

When you are expecting a child, and you don't yet know the gender, people will often ask you, "Are you hoping for a boy or a girl?" And the correct answer -- at least around here, other countries or even other parts of the US might do things differently -- is, "I don't care, as long as it's healthy." I'm sure we can all appreciate the sentiment. But, false dichotomy alert. Surely no one is suggesting that you got one wish upon a star and choose to use it on gender at the detriment of your baby's health.

So it is with game play and art. Sometimes we fear that a publisher is trying to distract with pretty pictures. But a game can have both. The art and the graphic design can be used to elevate the gameplay with a richer -- and even easier to use and handle -- experience.

I want On Tour to be like Azul. Great to play, great to look at, and great to touch.

If you haven't played any of the games on that list, then I think they are all at least worth reading more about. And I hope you'll read more about On Tour on Monday.