This post isn't about tables. It is about a card game I have been playing a lot recently and think more people should know about. 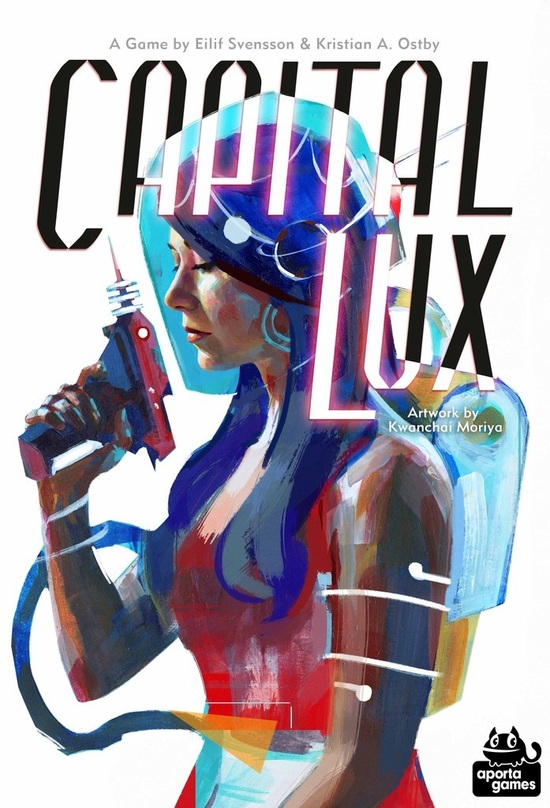 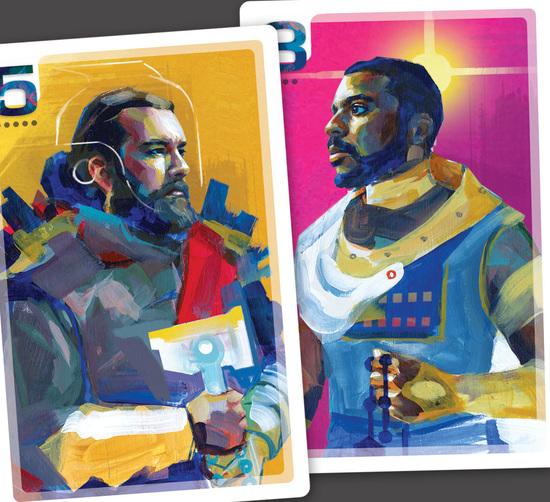 Let me tell you about a game that I love and I don't think it is getting the attention it deserves.

This small package - just a deck of cards and some wooden tokens - punches above it's weight. It's a 10 for me (and I'm normally a pretty harsh critic).

Capital Lux is a card game played over three rounds. Each round you will get 5 or 6 cards. Each turn you play a card to your personal tableau or to a shared tableau in the middle of the table. Cards in front of you score points at the end of the game. But when you play to the center, you get to take a special action.

Here's the catch: At the end of each round, you evaluate each suit (there are 4 suits in the deck). If you have more points in your tableau than there are in the center tableau, you lose all your cards of that suit. Boom. Gone. All your points to the trash. If you get to keep your cards, there is a bonus for the player with the most points in each suit each round.

Oh yeah, and there's some space theme tacked on. I don't really get the theme, but it does afford some beautiful art by Kwanchai Moriya. I think it is my favorite board (card) game art ever. I want to frame it.

So, the whole time you are playing, there is this tension. You want to play cards in front of you. That is where the points come from. You don't want to play to the center because that makes it easier for your opponents to play cards for points. A game of four way, four suited, chicken starts with the first card.

The tension with the center tableau is paired perfectly with the special actions you get by playing there. I won't bore you with their details here. You can read about them in the (very short) rule book. But they give players excellent options and power without making the game swingy or random. Each of the four different suits provides a different power. At various times I have thought them all overpowered and completely worthless. When you play to the center you always get to use the power. Making good use of the power is an exercise left to the player.

Do you like feeling like no matter what you do, it is going to go horribly wrong? Maybe some of you aren't masochistic gamers like me, but I love the pain. At first it seems hopeless, or even random. We all just throw cards down and then hope we score a big number (but not too big).

After a while, you start to realize there are knobs where you didn't think any existed. You can figure out what other players might be up to. You can change the order you play your cards, or use the special actions to manipulate your opponents into playing (or not playing) the colors you need. You learn how to play dirty and ruin your opponents score pile. You learn how to watch your back so your opponents don't do the same to you, or to call their bluff when you don't think they have the cards to pull it off.